Dolby S daughtercards in Tascam 238S suffer from the same problem as the capstan - faulty electrolytic capacitors. Unlike the capstan board, the daughtercards are double-sided with a number of vias, in addition to much thinner traces. These vias and traces fail in an unpredictable pattern and requre a complete continuity test of each trace, especially around the input components (Q1-Q4, D1-D4, U2) and the Dolby chip U1. As a result, a reliable repair is time-consuming and is cost-prohibitive in most cases. 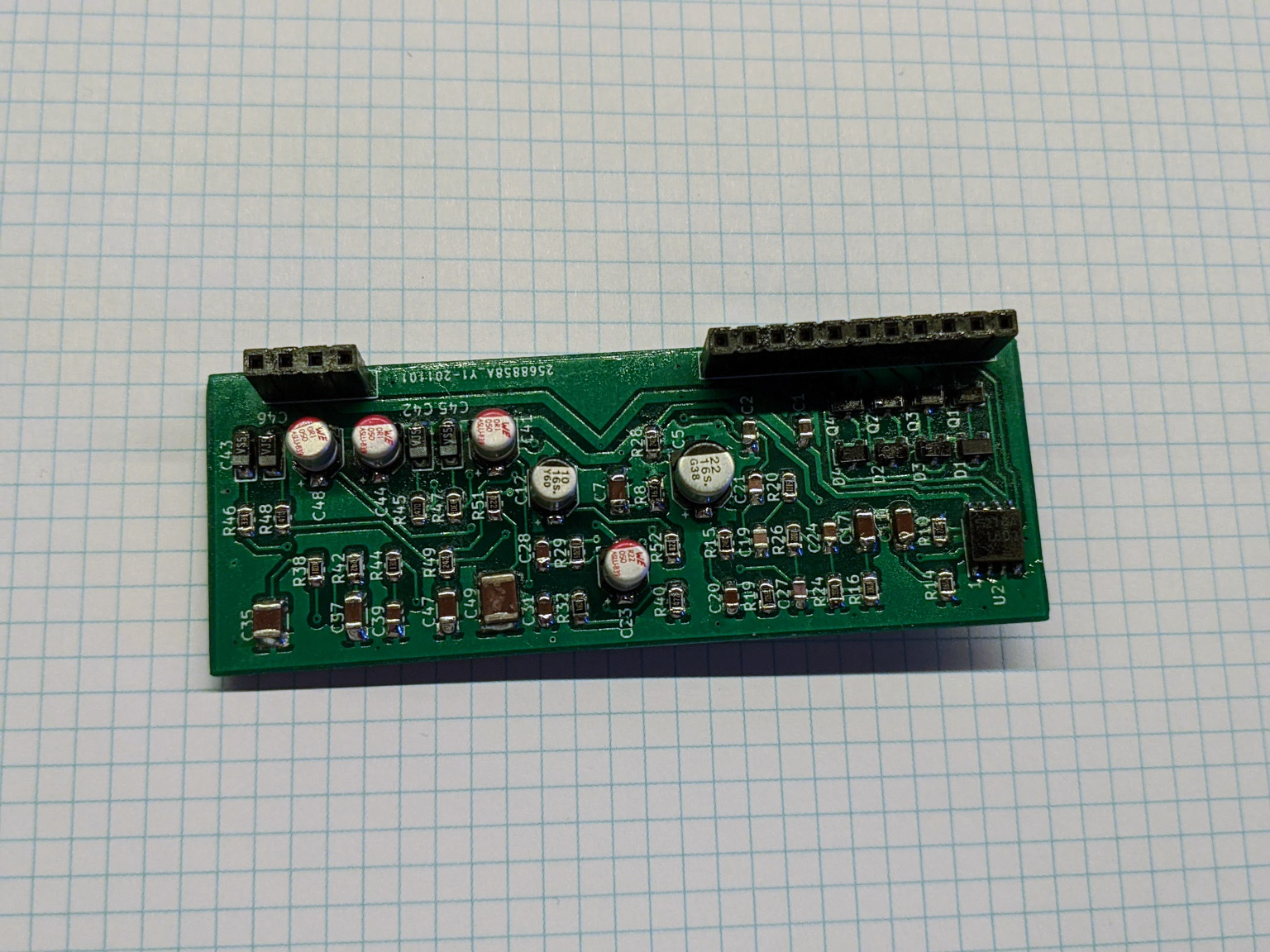 If you have a Tascam 238S with faulty Dolby S, I think the best course of action is to order a set of replacement PCBs from a low cost fab such as JLCPCB or OSH Park and transfer all components from the original boards.